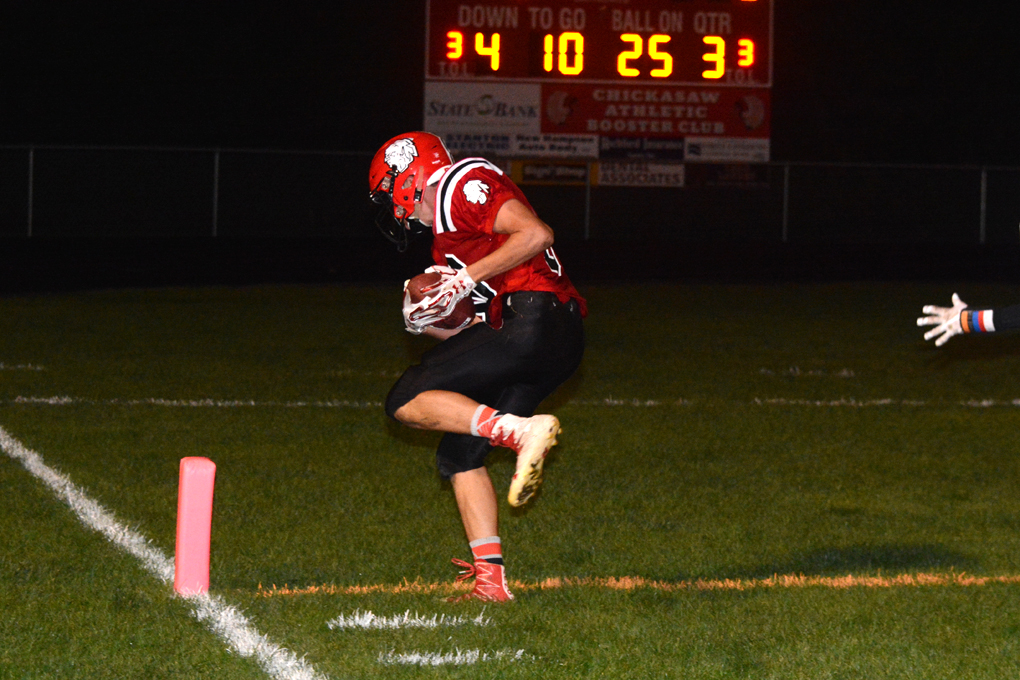 New Hampton used a late burst as the Chickasaws scored three fourth quarter touchdowns, including two on interception returns, to beat Clarion-Goldfield-Dows/CAL 35-6 Friday night.The second-ranked Chickasaws improved to 5-0 overall and 3-0 in district play with the homecoming win.After Keaton Geerts gave New Hampton a 7-0 lead with a second-quarter touchdown run, the Chickasaws opened up a 14-0 lead on a 25-yard scoring pass from Carter Stochl to Keagan John.The Cowboys cut the margin to 14-6 early in the fourth quarter, but in a span of 27 seconds, Keegan Tenge scored on a 23-yard interception return and Ryan Gorman had a 63-yard "pick six." Stochl would add a 1-yard touchdown in the game's final minute.Next up for the Chickasaws is Crestwood in a game schedule for next Friday in New Hampton.