Competition within the ranks 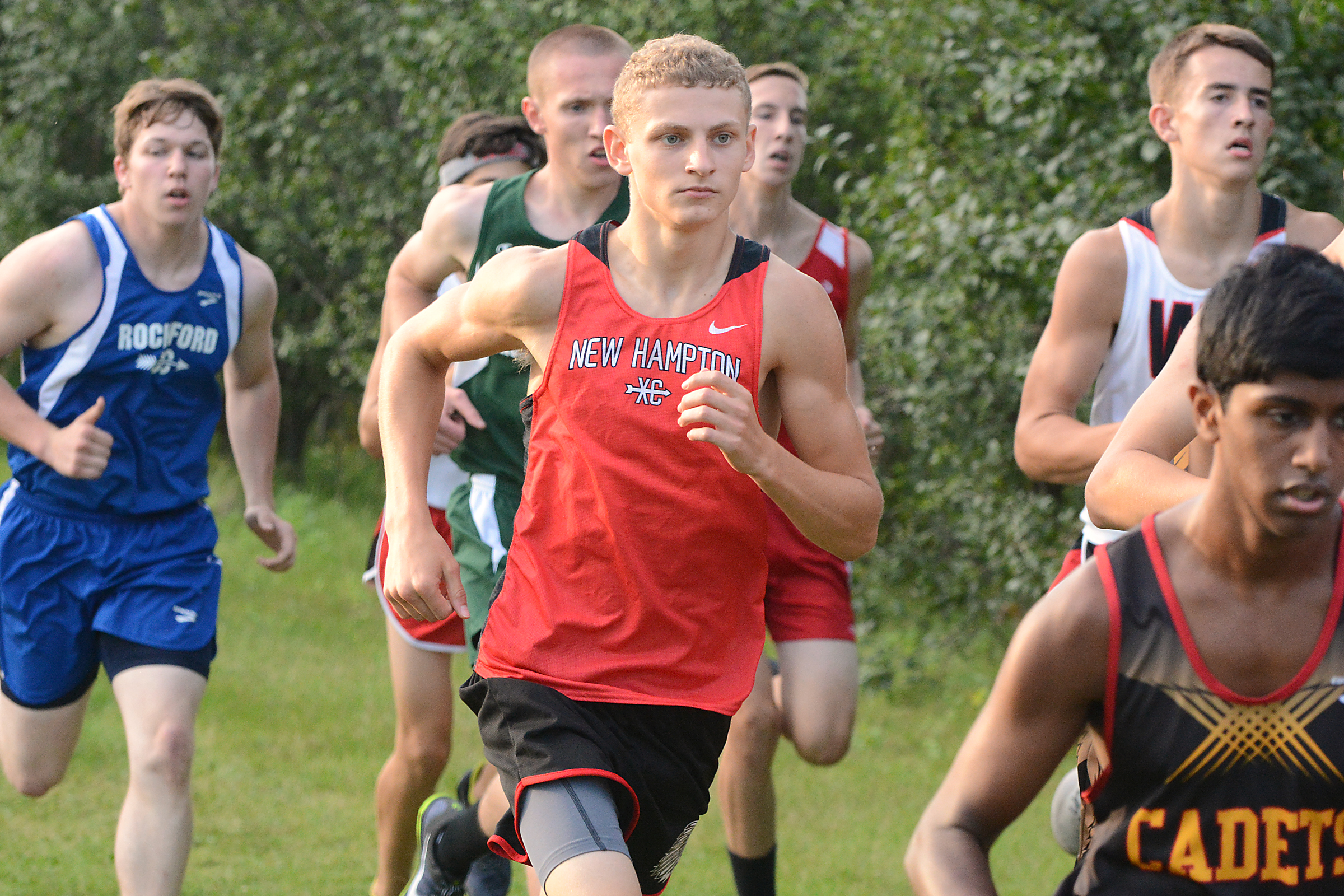 Working long hours at her job over the summer, Hannah Heit didn't have a great deal of time to train for the 2016 cross country season.    That wasn't at all obvious Tuesday.    Heit led the Chickasaw girls in the varsity race at Mason City, edging the top New Hampton runner from a year ago — Olivia Burke — by three seconds.    The pair guided the Chickasaws to an 11th place team finish among 14 schools, while the boys were ninth among 14 teams. The NH boys also had a new leader in Nolan Usher, who landed three spots ahead of his cousin Jake Usher.    "The fact that we had two new leaders on the varsity teams speaks volumes to my runners," said coach Jamie Quass. "I was quite surprised (in a good way) because finally Jake and Olivia have some friendly competition. Nolan and Hannah will now push Jake and Olivia and the rest of the team to their limits, which will only lead us all to a successful season."     The outcome was also pretty surprising to Heit. "It was one of my goals to beat Olivia, last year I didn't think it would ever be possible," she said. "In the past I haven't had much confidence, but at Mason City I tried to start hard and increase my pace."     The junior was 31st, cutting 3:44 off the same race a year ago and finishing with a time of 23:17, just three seconds off her personal record.For all the New Hampton results, please turn to the Sept. 2 Tribune.