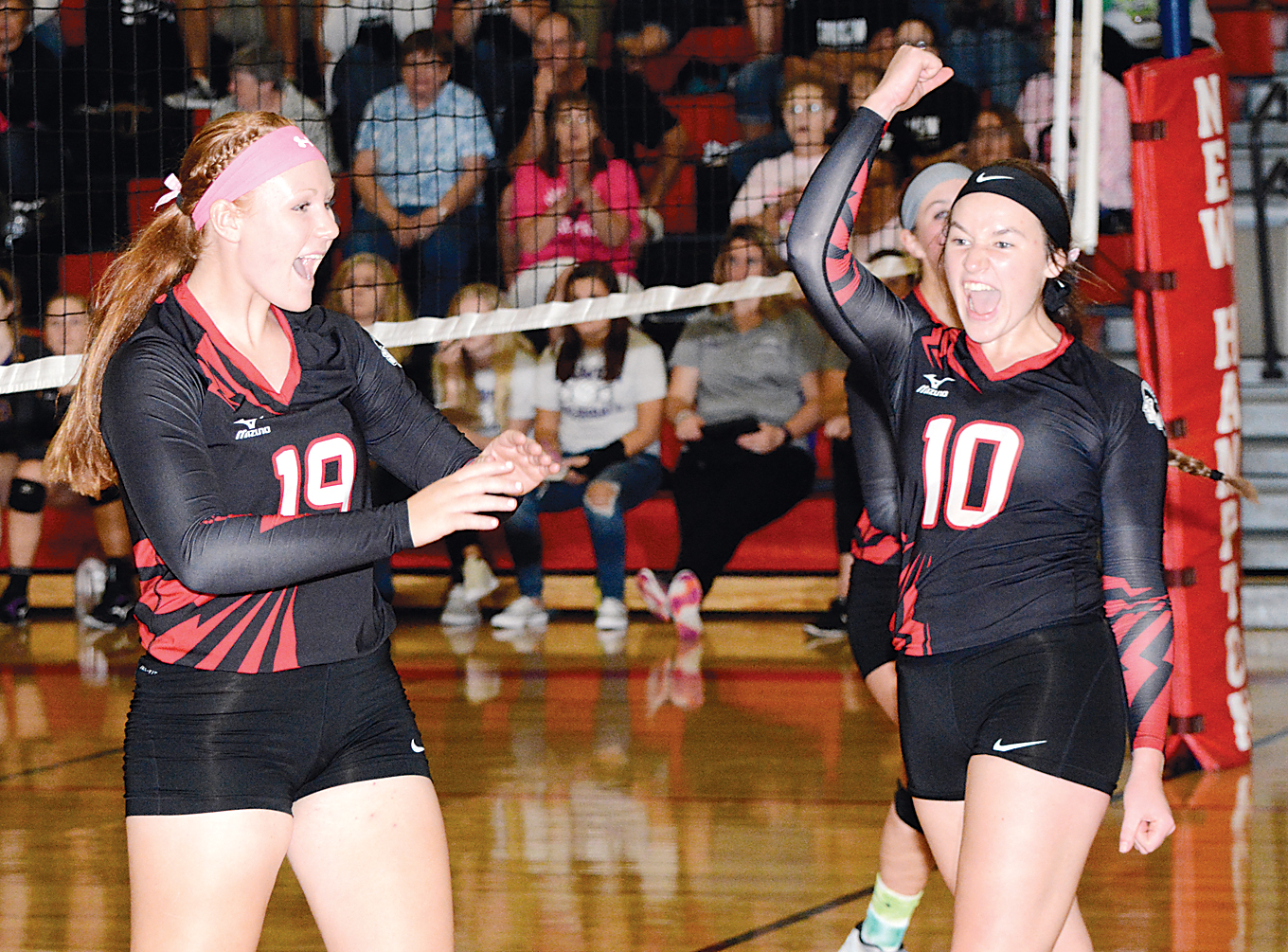 New Hampton volleyball coach Jess Geerts loves the scrappiness of her Chickasaws.But her team’s keen sense of drama? Geerts would definitely like to see that dialed back a bit.“We do know how to make it interesting,” the New Hampton coach said after the Chickasaws beat Oelwein 24-26, 25-17, 25-19, 21-25, 15-12 Tuesday night. “I’ll give them credit. They found a way, but my heart’s still racing a bit.”After building leads of 18-11 and 24-20 in the first set, New Hampton saw Oelwein rally for six straight points to get off to a 1-0 lead.New Hampton responded with two solid victories — 25-17 in the second set and 25-19 in a third set in which the Huskies dashed out to a 7-0 lead.Back came Oelwein, which rallied from an early 5-2 deficit and a late 20-17 one to force a fifth and deciding set.“Should it have been over in four? Or even three? Probably,” Geerts said, “but at the same time, we didn’t panic. They had great confidence  going into that fifth game.”For the full story, please see the Sept. 23 Tribune.