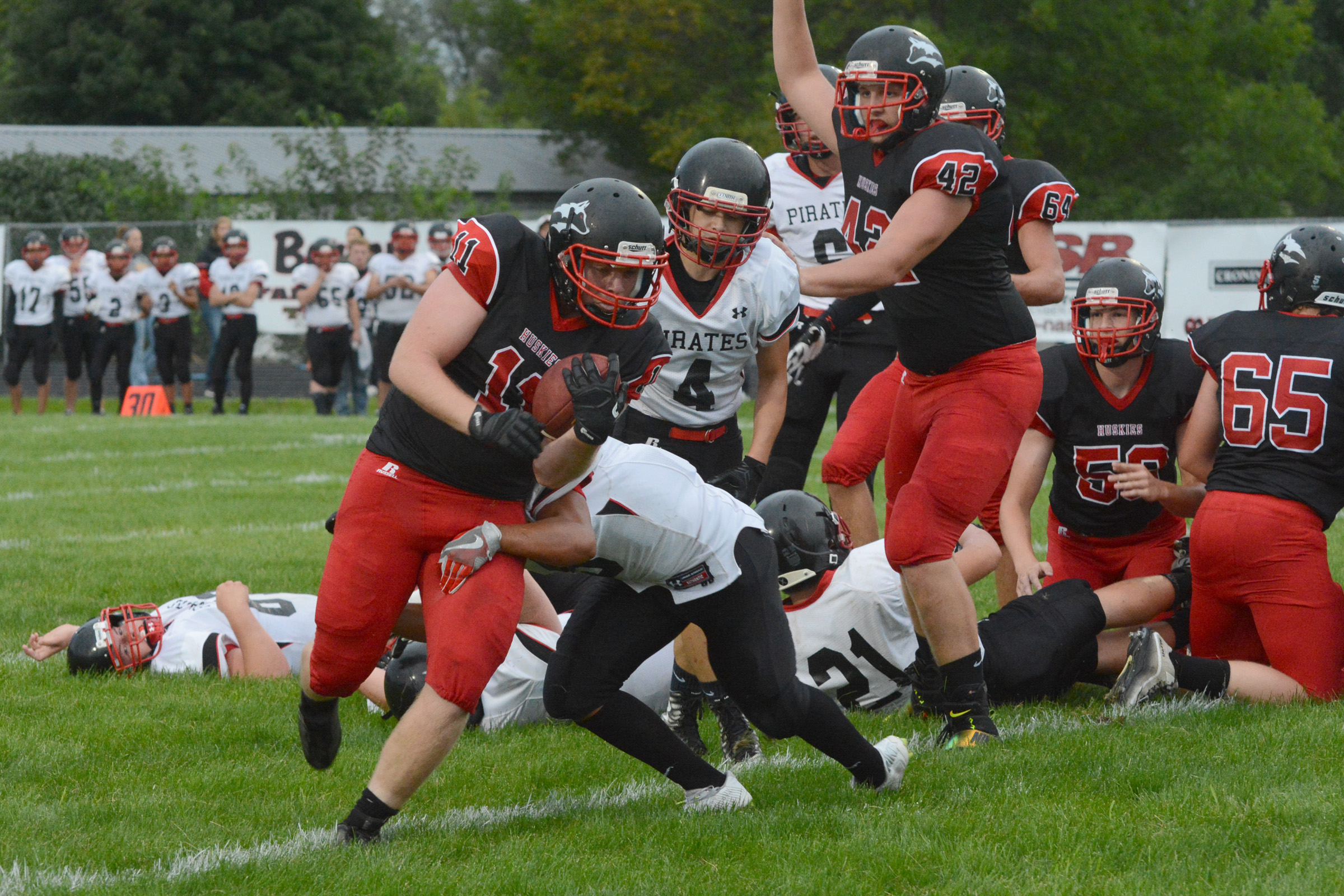 Nowhere on the offensive stats do the names Keegan Crawford, Tanner Haut, Nathan Dettmer, Wiley Jennison and Evan Kalainoff appear.But trust us, those Nashua-Plainfield offensive lineman played a huge role in the Huskies’ 41-14 season-opening win over Postville last Friday night.“Our backs kept coming off the field and telling us the holes were huge,” Nashua-Plainfield coach Chase Sudol said. “We knew it, too. Even from the sidelines we could see our guys had plenty of room to run.”By the time it was over, Nashua-Plainfield had rushed for 332 yards on 53 carries and scored the most points in a game since the Huskies put up 47 on the board against North Butler on Oct. 24, 2014.Braydon Fisher finished the night with 142 yards on 17 carries while Mason Hyde added 88 yards on 11 rushes, but Sudol began his “recap” of the game by talking about the boys in the trenches.For the full story, please see the Sept. 1 Reporter.