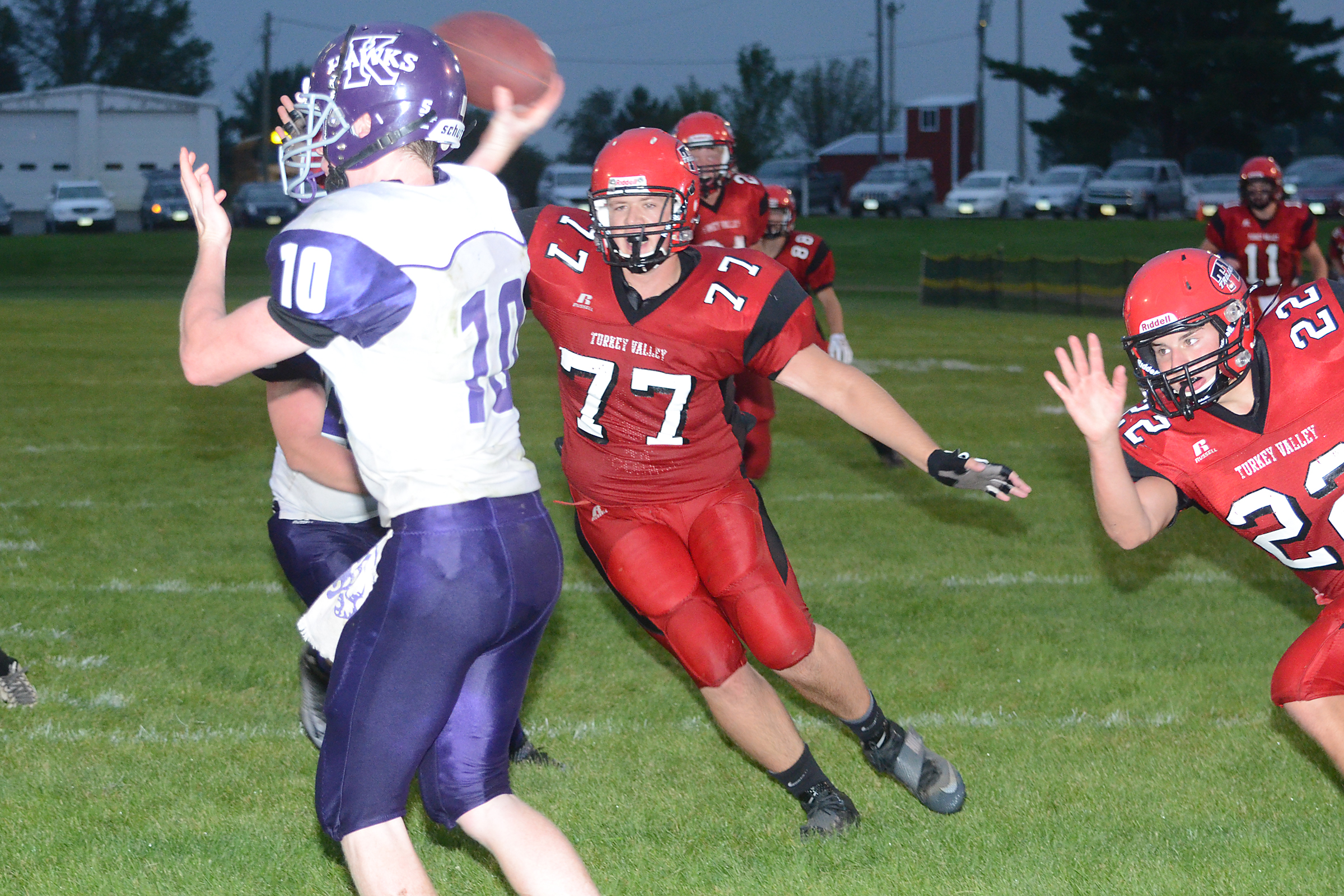 It was fun to watch just how fast Turkey Valley covered turf in their 8-man season opener Friday.    Although the first quarter ended with just a four-point Trojan lead, 12-8 over Kee High, Turkey Valley blew the game open with a 40-point second quarter, putting points on the board quickly.    It was a nice end to an unusual week, one in which the school lost a day due to flooding.    The first TV possession of the game was just one example of the fast action. After Cody Hackman intercepted a Kee High pass, the Trojans started on their own 20. It took just two plays to score, as Hackman raced for 48 yards, then Will Einwalter immediately scored from the 12.    The touchdown would be the first of six rushing scores and the Trojans would add three more with their passing game on the way to a rout of Kee High, 64-29.For the full story, please see the Aug. 30 Tribune.