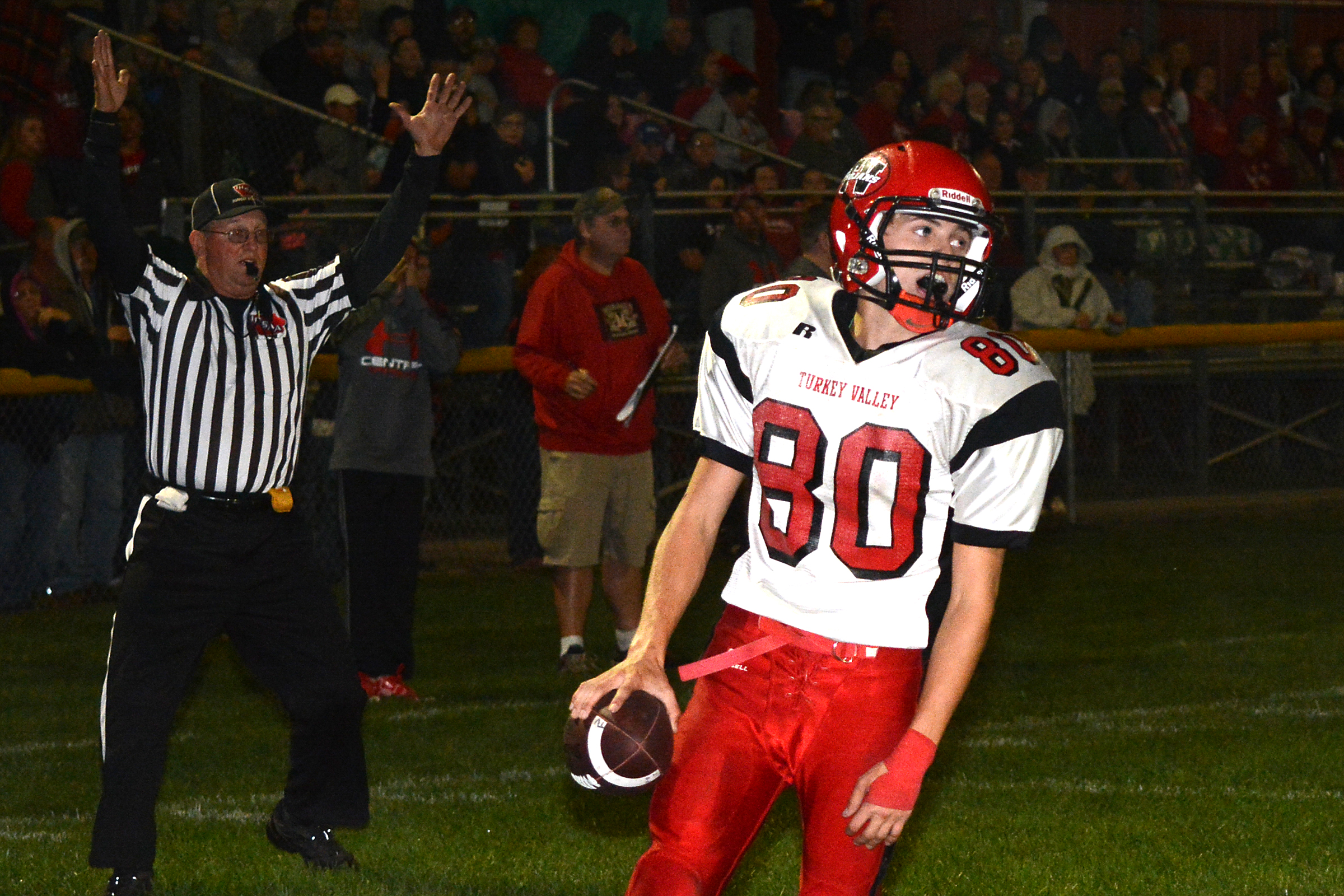 Turkey Valley spoiled Homecoming for Central of Elkader Friday as the Trojans remained undefeated with a 42-20 win.Cody Hackman threw two touchdown passes, ran in two scores on quarterback sneaks and, while on defense, intercepted three passes from Central quarterback Derek Ehrhardt to lead the Trojans. Wyatt Blazek caught one of the touchdown throws and ran for another score while Walker Leibold snared the other touchdown pass from Hackman. Braeden Baumler also scored on a 1-yard run.The contest was a non-district game. Central had knocked off previously top-ranked Don Bosco the week prior, due in part to 229 passing yards by Central. Friday Turkey Valley only allowed the Warriors 63 passing yards, with four interceptions, as Will Einwalter also had a pick.