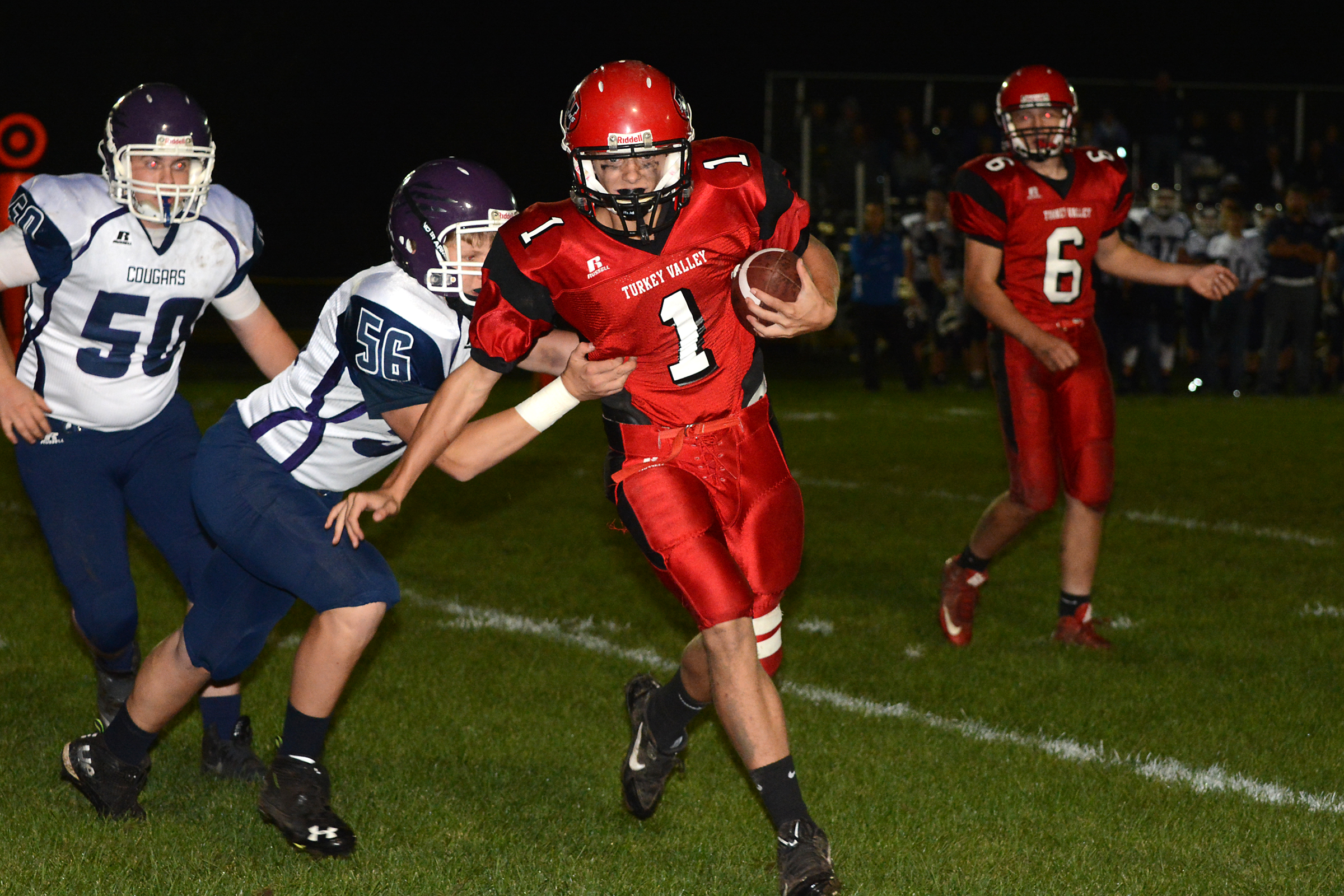 On the first play from scrimmage in the Turkey Valley-AGWSR contest Friday, an AGWSR pass was broken up by Evan Busta. On the second play the Cougars fumbled and the ball was recovered by Wyatt Blazek. Then Turkey Valley fumbled, but Blazek fell on that one, too. The Trojan senior took a handoff on the fourth play and ran 15 yards to open the Turkey Valley scoring and give the Trojans a 6-0 lead.    So much for the first 30 seconds of the game.    In a contest of two ranked opponents, Turkey Valley did to the Cougars what they've been doing to all the competition as they clobbered their guests on Homecoming night, 62-8.    "Homecoming is only fun if you win," senior quarterback Cody Hackman said in between pats on the back after the game.    Even though he also plays in the secondary on defense, Hackman couldn't recall if AGWSR completed any passes against his team.    They didn't.  The rest of the story maybe found in the Sept. 27 Tribune.